Patients sit in comfort thanks to Dry July

Thank you to all the participants of the 2019 Dry July campaign who raised over $40,000. This fantastic result has enabled us to purchase four new treatment chairs for the Cancer Centre.

The Dry July campaign encourages participants to go alcohol-free in July to raise funds for people affected by cancer. Funds go towards helping to provide invaluable services for cancer patients, their families and carers.

One patient who has benefitted is Athol Atkins. Three years ago Athol started to feel unwell. A blood test showed his kidneys were functioning at just 10%. Athol was rushed to Warrnambool Hospital where he was diagnosed with multiple myeloma cancer.

After six months of chemotherapy, Athol was accepted into a placebo-based worldwide trial through St Vincent’s Hospital Melbourne, which proved to be very effective. After 14 months, Athol had to be placed onto a new treatment, shortly followed by being included on a new trial.

This new treatment was so successful that Athol and his wife Sue received the best possible news they could have hoped for. As of October 2019, he was told he was in remission.

Athol is now feeling fantastic. He and Sue still come to St Vincent’s Cancer Centre once a month for what he calls a “grease and oil change to keep it asleep.”

It’s during these visits that he spends five hours at a time sitting in one of the new chairs in the Cancer Centre. Athol said, “the chair is extremely comfortable, easy to operate and particularly good for a nap.” 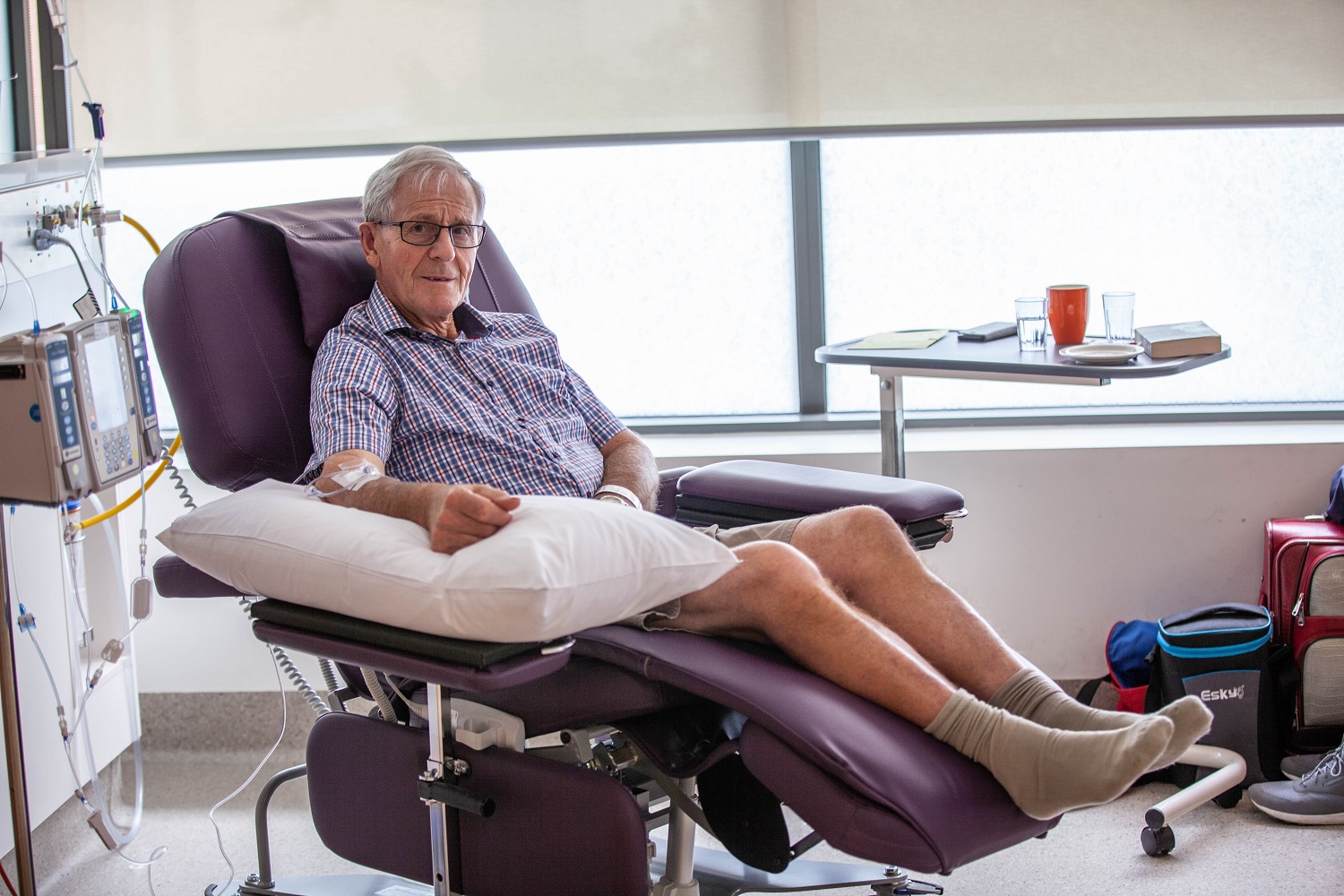 Nurse Unit Manager Jessica Watmore-Tanner appreciates the of the support received from Dry July because it means they’ve been able to provide additional care to patients. “Last year we were able to purchase Scalp Cooling caps to prevent hair loss during treatment. The extra comfortable chairs will be beneficial for patient’s long days of receiving therapy, as well as many other smaller comfort items that all make a huge difference to our patients.”

Will you join us in the challenge to give up alcohol this July?

Going alcohol-free is a small sacrifice to help improve the lives of people affected by cancer.

Taking a break from alcohol can also have some great health benefits, such as sleeping better, having more energy and of course, no hangovers!

So you’re not only helping others, you’re helping yourself. It’s a win-win!

And this year, you have options! Introducing Dry(ish) July.

You can choose how long you go dry for. Choose the original 31 day challenge or our new Dry(ish) July options of 21 or 14 days.