Staying positive in the face of adversity

Living with an incurable cancer is an extremely challenging situation for anyone to be faced with but Warrnambool resident Karen Wilde has refused to focus on the negatives of her diagnosis. Instead, she has harnessed the power of positive thinking and is making the most of life.

Karen was diagnosed with multiple myeloma, a type of bone marrow cancer, seven years ago. Her diagnosis came after she complained to her doctor about knee pain.

“It was a stroke of luck that my doctor recalled a woman who had experienced similar symptoms who had been diagnosed with the disease,” Karen said.

In Australia, approximately 1700 people are diagnosed with myeloma each year.

Karen is one of only 46 people in the world participating in a clinical trial of a new drug. She feels extremely lucky to be on the trial, especially because a lot of people in regional areas don’t have access to trials.

Karen said she had no qualms about entering the trial. "Two things St Vincent’s Haematologist, Dr Hang Quach said to me at the beginning of the trial was to have resilience and adaptability.

"I keep a positive mindset, one step at a time, one day at a time. I feel privileged to be on the trial." 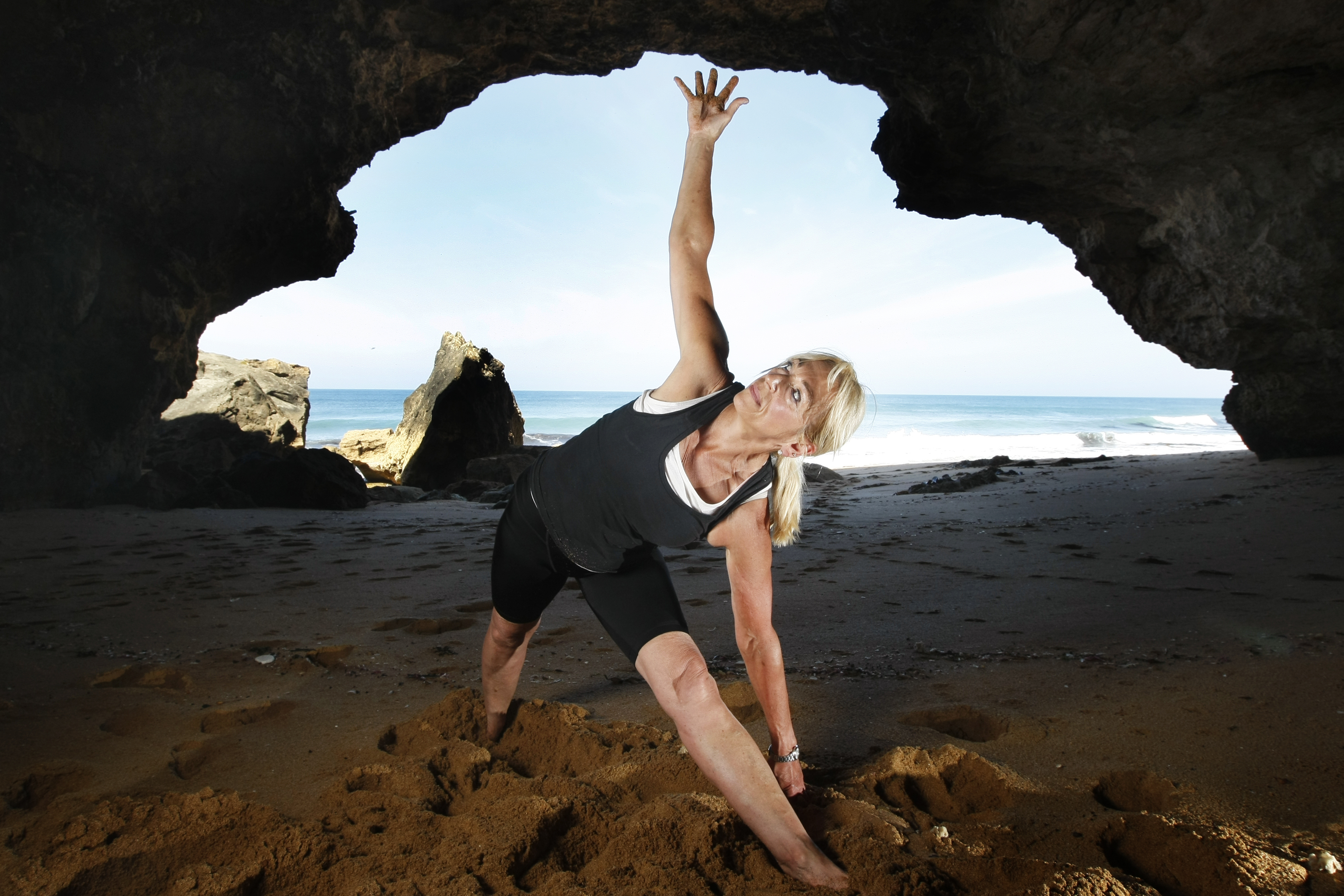 Being a part of the trial means Karen travels from Warrnambool to St Vincent’s in Melbourne for treatment every two weeks.

As a former Iyengar yoga teacher and physiotherapist, Karen said continuing to practice yoga daily for half an hour has really helped her to maintain a positive state of mind.

“I do my practice in the hotel the morning before treatment. State of mind is important for how I view the day. It’s not about distracting my mind, it’s about accepting what life has given me,” Karen explained.

Karen also tries to make her treatments a ‘fun’ experience. She makes an effort to dress well and always wears a pair of funny socks to amuse the staff.

“The staff have a very difficult job. I try to bring a bit of humour into the clinic,” Karen said.

Karen remains positive about the future. “I want to cross off the word incurable - one day it will be curable. Thanks to many clever people, I’m part of history,” she said

Want to support patients like Karen during their cancer treatment?

Make a donation to Dry July