From asylum seeker to Aussie doctor

When Marc Dusengimana moved to Australia seven years ago he didn’t know how long he would be staying, but he’s very grateful for where he ended up.

Marc, who worked as a doctor in Rwanda, came to Australia in 2013 to further his studies with a Master of Public Health. His wife and two young children joined him the following year while he continued studying. The whole family were to return to Rwanda together afterwards but their plans suddenly changed in 2015 when his personal safety in Rwanda was put at risk.

When he realised he could no longer return home, Marc and his family sought asylum in Australia and were granted a bridging visa.

Rising to the challenge

Finding a job was difficult, especially given their temporary residency, but Marc knew he needed to find a way to provide for his family, so he and his wife decided to do a course to work in aged care.

While working with the elderly at this campus, Marc continued to pursue his medical qualifications in the hope he could someday practise in Melbourne as a doctor, just as he had in Rwanda. After graduating, he applied for what he says felt like hundreds of roles, but with no luck.

Although he knew the competition was tough, and that there would be other doctors with stronger resumes, he refused to let it break his resolve. Through his own research and networking, he learnt about St Vincent's unique Mission. "They are committed to helping those in need and the poor," Marc says.

The values upheld through the Hospital Mission really resonated with him and he started to recognise St Vincent's as a place where he would be valued.

"I knew my disadvantages; I was honest about that. But they viewed my application and were so generous," Marc recalls. 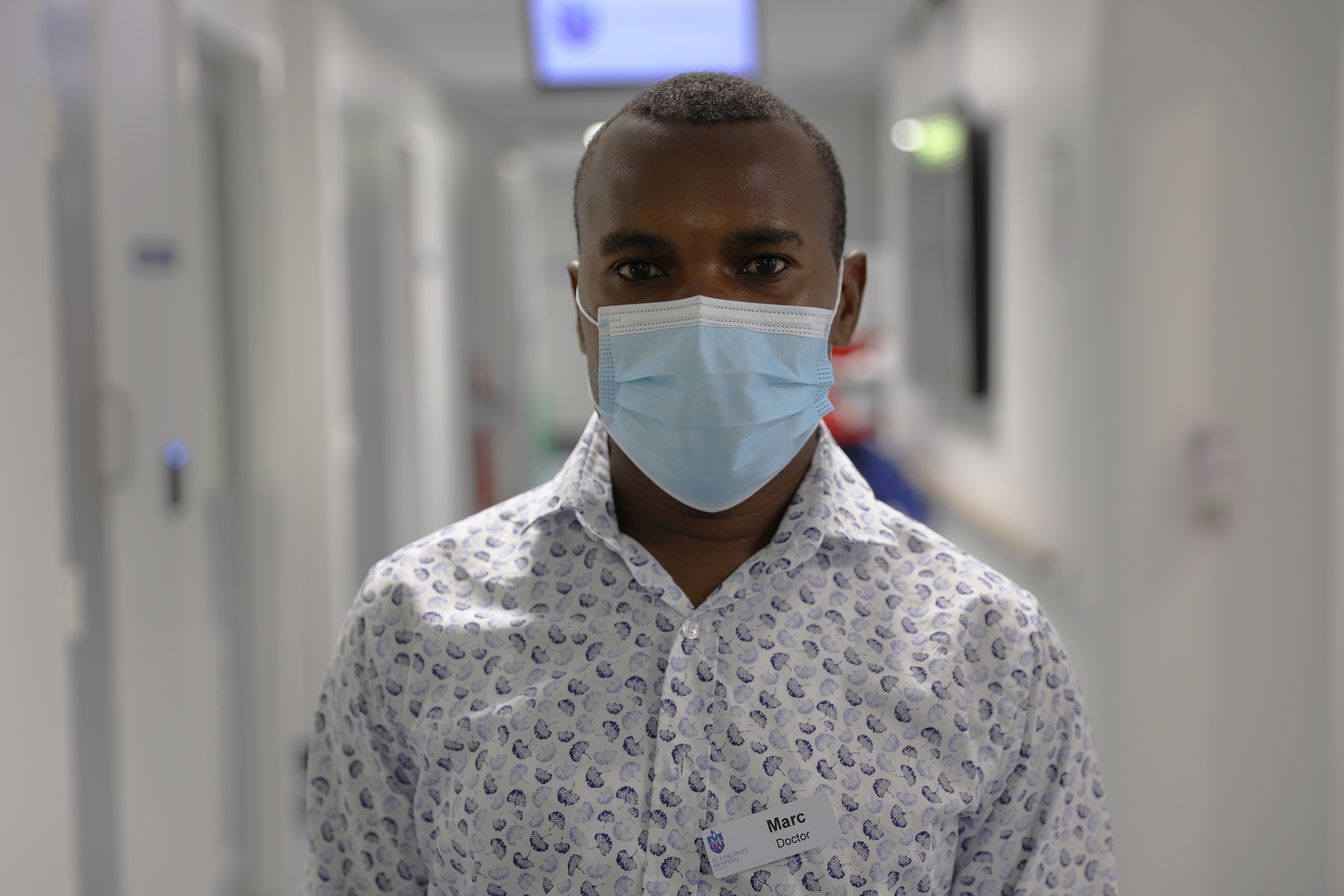 Marc was determined to work as a doctor here and took a bold step in contacting St Vincent's Health Australia CEO Toby Hall directly to share his story.

After hearing what he'd been through, Mr Hall recommended that Marc speak with Dr Erwin Loh, Chief Medical Officer and Group General Manager Clinical Governance at SVHA, who empathised with his situation and supported him in his pursuit to work as a doctor again.

Following this, Marc was later offered a role as a junior doctor at St Vincent's Fitzroy campus. "Everyone at St Vincent's really supported me – ever since I had this idea, and started speaking to people. It was a really positive experience. I saw things happening and things were progressing," Marc says. "People from St Vincent's have been really very helpful in every aspect since the beginning and I am, and will always be, grateful."

He is especially grateful for the help and guidance he received from Dr Loh. "I told him, you've given your blessing to me and I now feel like I have another family at St Vincent's – I now have a future," Marc says.

Initially, Marc was offered the opportunity to start work at the hospital in February 2021; a fresh start in a new year. However, due to COVID-19, there was an increased need for more doctors and a decision was made to speed up his registration, so he could start working sooner.

Marc started his new role as a doctor at St Vincent's on the Park at the end of November.

"A new start for me here in Australia; it is a step forward in my life and learning experience, but importantly, it is absolutely such a great feeling to get back to my medical career."