Giving back to say thanks for life-changing care

Brunswick Street curly hair salon owner, Neel Morley has spent a significant amount of time at St Vincent’s Hospital. In fact it almost became like a second home for him.

In October 2015 Neel suffered kidney failure. He spent the next two and a half years on dialysis and was at times so unwell that he required several extended hospital stays. Through it all, Neel’s optimistic, easy going nature meant he remained upbeat and always tried to make the most of his situation.

A naturally creative person, Neel would decorate his room to ‘make it his own’, much to the delight of the staff. Neel also recalls many of the nurses paying him a visit so he could give them advice about how to care for their curly hair, which he was thrilled to be able to provide.

Neel has nothing but praise for the staff who cared for him. “The team are mind blowing! I was overwhelmed by the care I received at St Vincent’s. From the cleaners, to the food servers, the nurses and doctors – they all made my stay and recovery a memorable experience.”

After receiving a kidney transplant in August 2017, Neel still looks forward to his check-ups at the hospital because he gets to catch up with everyone. A number of St Vincent’s nurses and doctors have also become regular clients at his salon. And he even receives a special visit from one of the surgeon’s wives who brings him balloons every year on the anniversary of his transplant.

Neel was quick to show his appreciation by making a donation to Emergency Appeal.

“I’m forever blessed and it’s all thanks to St Vincent’s. They’re always there when we need them. Right now, more than ever, they need out support,” Neel said.

Together we can make a real difference.

PLEASE DONATE to our Emergency Appeal. 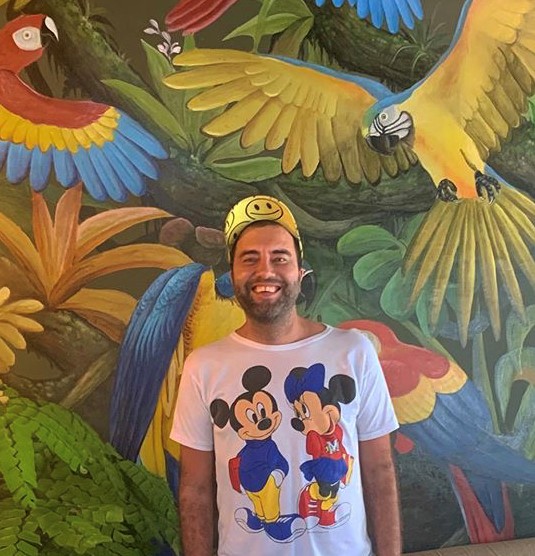