Laughter really is the best medicine

Nicholas Capper likes to look on the bright side. As a comedian, he naturally skews towards the hilarious and sometimes absurd aspects of life. But his positivity was shaken in 2019 when he thrown a major curveball in the form of testicular cancer."

Nick recalls, “It was during lockdown and I was riding my mountain bike a lot. I felt some pain in my testicles, but I just thought it was from the bike riding.”

A friend had recently gone through testicular cancer so Nick thought it was best to visit his doctor, just in case. At 39, his doctor said it was unlikely there was an issue, but sent him for a scan, to be sure.

The scan confirmed Nick’s worst fears. Almost immediately he had his testicle removed at St Vincent’s Hospital Melbourne and got the all clear in December. Then in February he started to feel pain above the scar. “It was a really weird feeling, it almost felt like my testicle was growing back.”

Tests showed the cancer had returned. After getting the all-clear, Nick said this news was tough to take. “It was pretty brutal to hear, I found it pretty hard to keep it together. I thought maybe I’d die, I had no idea what the future held for me, it was really harrowing.” 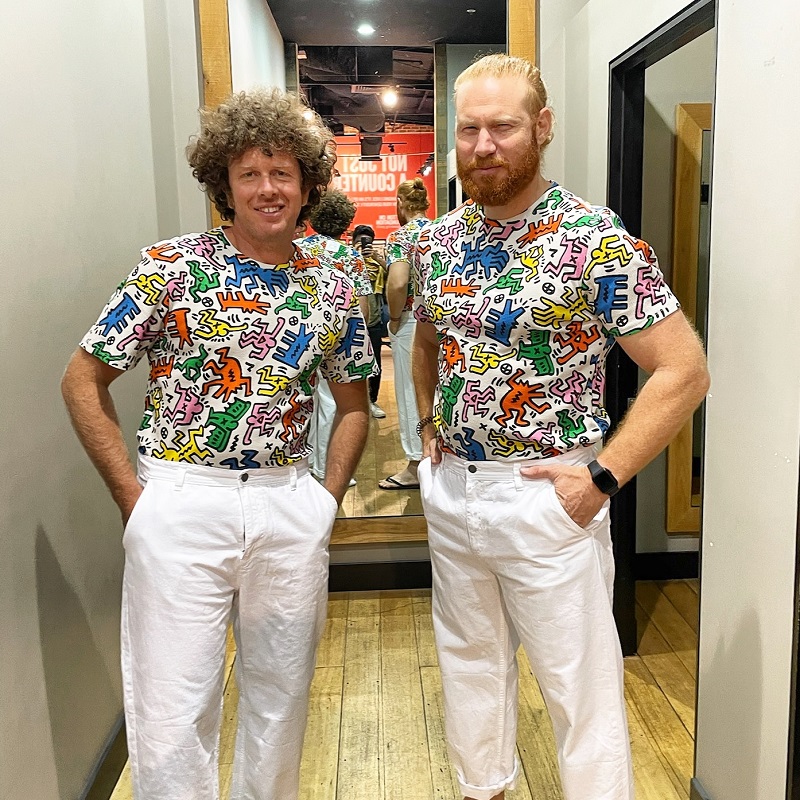 After meeting with his St Vincent’s Oncology Advance Trainee, Jane Mackenzie, Nick’s mind was put to rest. “Jane told me exactly what I was going to go through. She assured me I was going to be fine. It had spread to my lungs and stomach areas, but she said I was lucky because I had felt pain and they were able to catch it early.”

Nick now undergoes chemotherapy treatment at St Vincent’s four hours, five times a week, with a week off. He says it’s become his second home. “The staff are the nicest people. My doctor has been awesome. Everybody is so good at communicating and keeping me informed.” 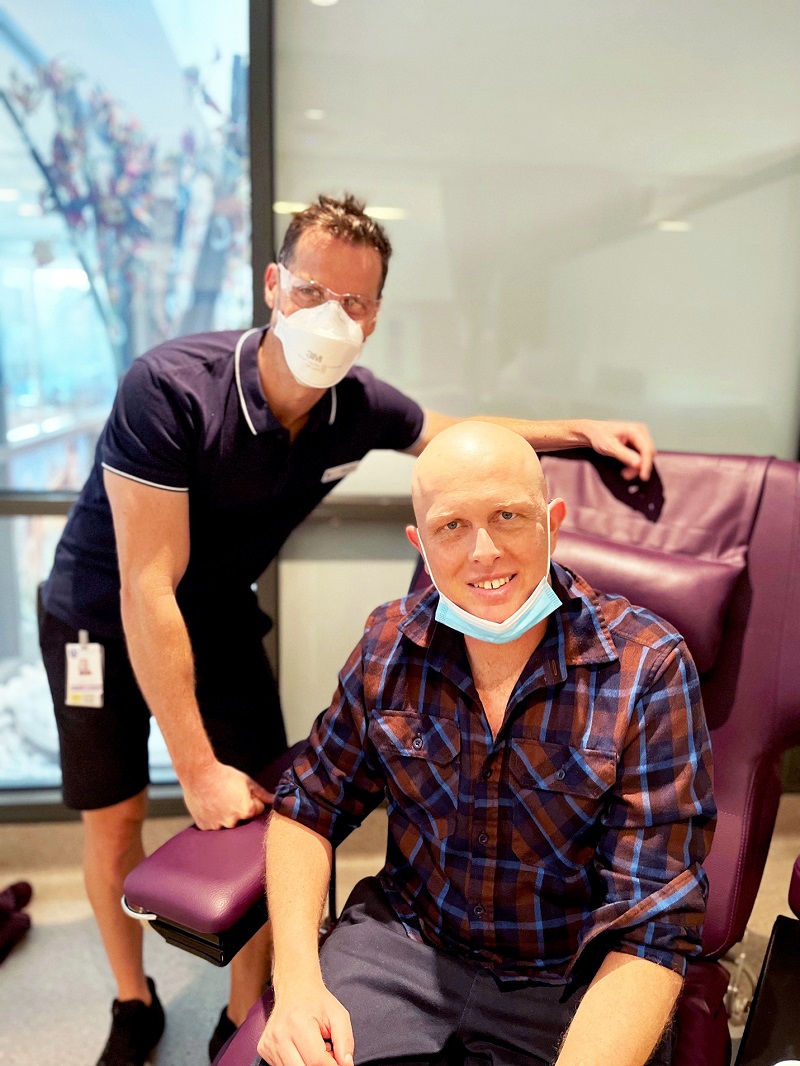 Engaged to be married, Nick does have concerns the cancer might affect his chances of having kids but he did have some of his sperm frozen just in case.

Nick says although it has been challenging for his partner, “Caitlin’s dad had just gone through prostate cancer before my diagnosis, but it has brought us closer together.

“There’s a lot of downsides to getting cancer but there are a few upsides. I’ve heard from people I haven’t heard from for a while – you do see the best in humanity.” 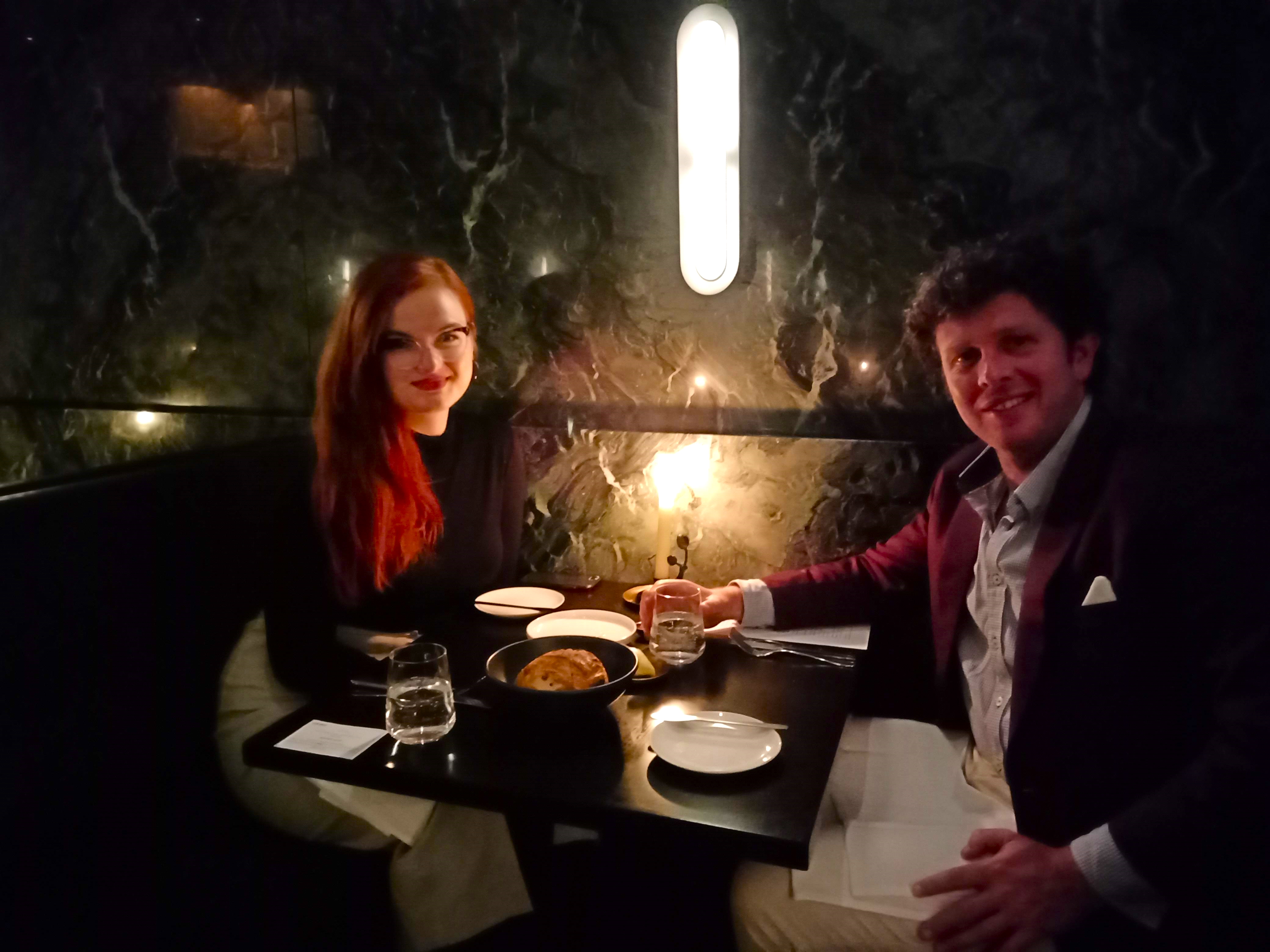 When asked people should take part in Dry July, Nick says, “The hospital is home for a lot of people – you’ve got to make it as homely as possible for them. Plus, you’re not only helping your health and you’re also helping someone else’s.”

This year, we are aiming to raise $65,000. These funds will go towards purchasing patient comfort items, upgrading new equipment and a much-needed refurbishment of the oncology waiting room which will create a more comfortable and welcoming area for patients and their loved ones.

Go Dry This July to support patients like Nicholas being treated for Cancer at St Vincent’s Hospital Melbourne.